Having researched the activity of Laurent Descharreaux, we came to the conclusion that he was not the only one in his “successful” money laundering business and tax fraud schemes. He had partners and the name of his main partner is Frederic Yves Michel Noel, a 43-year-old Frenchman.

Frederic Noel owns a business -NordPay - with companies set up in Spain and the UK. He even got license for his UK company in 2011. It seems that the UK regulator never cared about Noel’s active participation in a company which owed 2.2 million euro in taxes to the Estonian government.

However, not to sound unfounded, we will share our thought with you. Probably, Frederic Noel is quite an honest man and it is a total fluke that participated in almost half of Descharreaux money laundering projects. And of course in this case it would be very interesting to hear his version of events and his comments on the facts listed below. The email for communication remains the same - private.legal.consults@gmail.com.

Fact No 1
Frederic Noel runs a payment processing business. His major clients are the Frenchmen, but his companies are located outside France whatever the reason (as well as the companies of Laurent Descharreaux who is wanted by Europol for his tax fraud in France) - obviously, to ease tax scam schemes for French clients where transactions in favor of his companies are falling outside of French official bodies’ jurisdiction.

Fact No 2
Laurent Descharreaux is a talented scammer. He is eager to take bankruptcy risks, risks of criminal proceedings, he is even ready to refuse from all human goods and escape to the EU most corrupted country with the lowest standards of living – to Bulgaria – just to be free and continue his illegal money laundering activity. Since Europol put Descharreaux on its wanted list and French police wanted Descharreaux for tax fraud and money laundering (just to remind, Laurent specializes in evasion of tax monies), he felt that he cannot migrate within the EU as easily as before. In civilized EU countries, unlike in Bulgaria, a policemen would not close a case for 5,000 euro “gift” and would not kneel at feet in case you put on (or probably under) the table a pile of  crisp banknotes in amount of 10,000 euro, especially for a person like Laurent Descharreaux, a Europol wanted criminal, as we already blogged. Apart from this, drug-addicted Descharreaux, even considering his persuasiveness, is rarely spotted in company with smart people or large businessmen. Thus, he really needed a partner who could find clients for his money laundering business. A company, offering payment processing solutions is a perfect source of clientele: process your bank card payments and get tax evasion services as a bonus. Two services at a time – what a wonderful marketing tool, isn’t it?

Fact No 3
Work up a sweat laundering taxpayers’ monies from Estonia (2009-2010), both Laurent Descharreaux and Frederic Noel were in Estonia, they had good connections during this time and even afterwards. Both of them left Estonia in 2010 right before the bank accounts of the Estonian Complus Consuling OU (later renamed as Bienvenue OU in order to cover up tracks along with classic reassignment of the company to the strawman-marionette Simeon Ganchev) were arrested by the Estonian tax department. As it turned out, the moment when Descharreaux and Noel left Estonia was doubly successful. Apart from arresting bank accounts of Complus Consulting OU/Bienvenue OU, the tax department has also imputed unpaid taxes in amount of 2.2. million euro and the company got into the list of top 10 debtors of Estonia. However, this did not prevent Noel from getting license from FCA (Financial Conduct Authority) for the payment processing services for his NordPay company (he still holds 33% in this company). By a weird coincidence, Noel got this license almost at the same time when tax department in Estonia assessed uncollected taxes in amount of 2.2 million euro. It seems that Noel simply forgot to mention this fact when he submitted his license request to the UK regulator. Well, he also forgot to mention that he partnered Laurent Descharreaux, who is wanted by Europol.

Fact No 4
After run-away from Estonia, both Descharreaux and Noel continued to work through their new Estonian companies. Estonian government is kind and generous, it holds no grudge for the people who owe it millions of euro (like Descharreaux and Noel) – the debtor is company A, but you can always open company B, right? These new Estonian companies of Laurent Descharreaux and Frederic Noel (and their Bulgarian proxies) are used for the only purpose of tax money laundering by way of “processing solutions” and “IT security services”. The taxes are being moved away from the countries where the tax rate is high – France (33.33%) and Spain (28% until 2015). The illegal activity is carried out under the cover of payment processing services (in case with Noel) and consulting services (in case of Descharreaux). All their companies have the same pattern:
1.    Use of Bulgarian proxies provided by Laurent Descharreax;
2.    All these companies, like Complus Consulting OU (later Bienvenue OU), “forget” to file annual return and are simply deleted from the registry.

Estonian tax department is very generous one: it does not initiate any tax proceedings against automatically deleted companies. Checkmate! For all tax payers in Estonia and especially rest of the Europe: Estonia acts as an offshore zone inside the EU for the tax fraudsters like Laurent Descharreaux and Frederic Noel. It is possible to channel funds through Estonia without paying ANY taxes. Estonian tax department seems to be an old toothless and blind dog that can fall asleep while barking or while chasing a thief. After all, it did “fell asleep” during bankruptcy proceedings worth 2.2 million euro and refused to appeal the deletion of Laurent Descharreaux and Frederic Noel company from register in 2013. We can only guess how many times the tax department had managed to “fall asleep” even before any proceedings had been initiated against hastily opened companies of Descharreaux and Noel and equally hastily deleted ones from registry by means of not submitting annual returns.
Posted by Martin Meller at 6:20 AM

We have recently received some proofs of Descharreux illegal activity from our friends who were kind enough to share this document with us.
We got evidence that Deshareaux is wanted not only by his creditors in Estonia, France, and Bulgaria, but he is also wanted by French police and Europol. Unfortunately, there is no information where Descharreaux is located now. All we know is that he is at large, in Sofia, Bulgaria and he is said to have bodyguards. For some reason, the Bulgarian police cannot find him and we ask anyone who has any information about Desharreaux and his location, contact us by email private.legal.consults@gmail.com.

Posted by Martin Meller at 7:24 AM 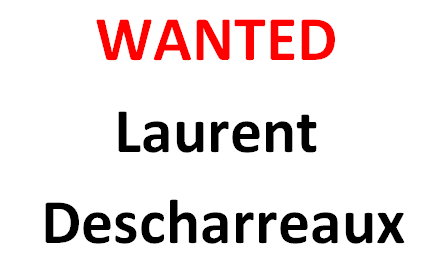 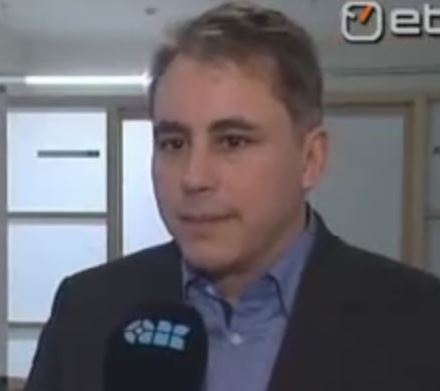